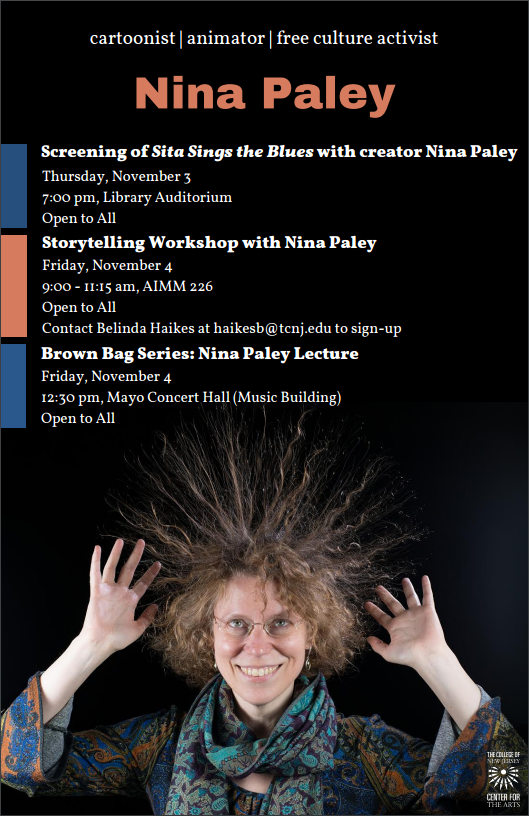 Cartoonist, animator, and free culture activist Nina Paley is at TCNJ this week!

“Sita Sings the Blues” is a musical, animated personal interpretation of the Indian epic, “Ramayana”. The film has been screened in over 200 film festivals and won over 35 international awards. Following the screening, Sita Sings the Blues creator Nina Paley will be on hand to answer questions.
Hosted by the Department of Communication Studies

Nina Paley is the creator of the animated musical feature film Sita Sings the Blues, which has screened in over 200 film festivals and won over 35 international awards. More recently she made This Land Is Mine, a short about Israel/Palestine/Canaan/the Levant intended for a larger project, Seder-Masochism. Her adventures in our broken copyright system led her to join QuestionCopyright.org as Artist-in-Residence in 2008, where she produced a series of animated shorts about intellectual freedom called Minute Memes. Today, as half of PaleGray Labs, she is developing techniques to combine animation with her other passions of quilting and embroidery.